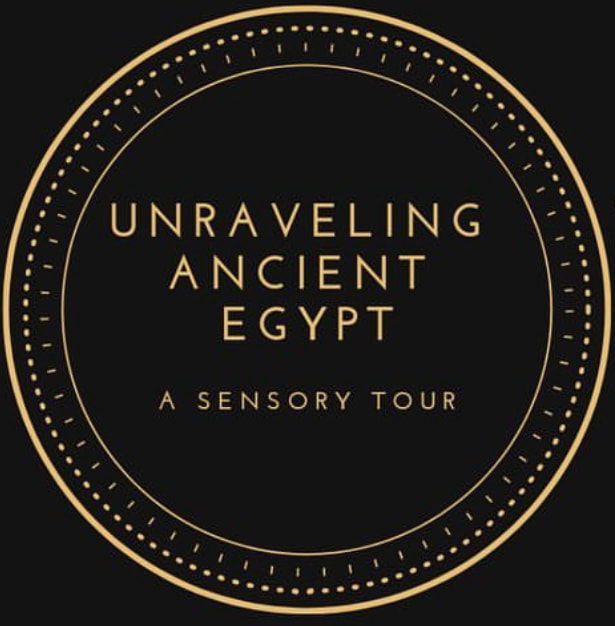 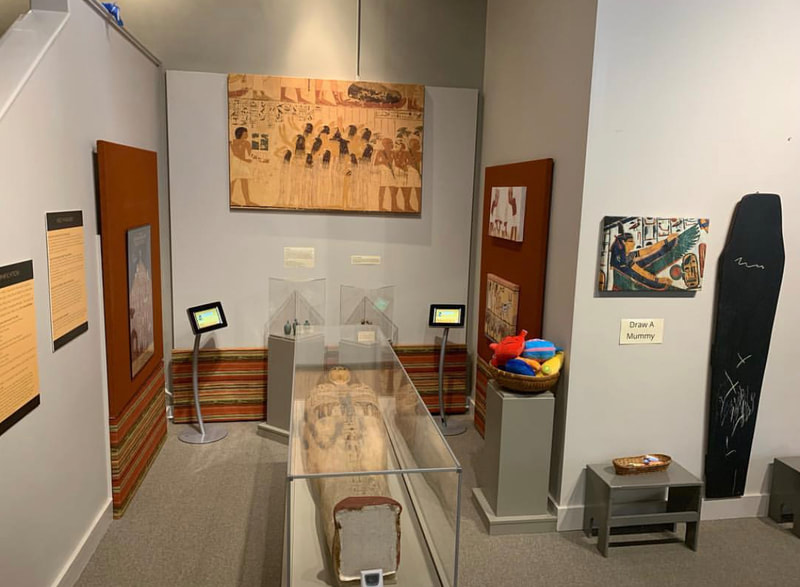 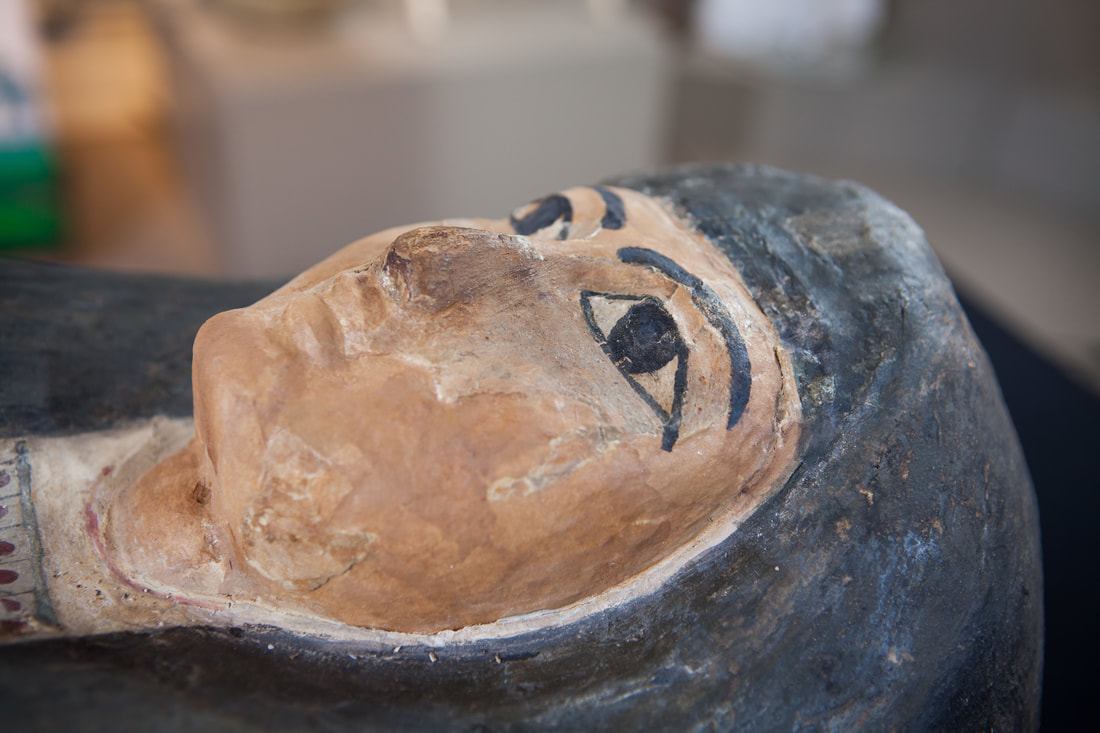 ​UNRAVELING ANCIENT EGYPT
Why is there an ancient Egyptian mummy in Statesville? Where did she come from? What would her life have been like?
Unraveling Ancient Egypt: A Sensory Tour centers around Margaret, North Carolina’s only Egyptian mummy on permanent display, and the smells, tastes, and sounds she might have experienced during her lifetime. Visitors can learn about minerals used to create the cosmetics used thousands of years ago, medical practices and ancient medical texts, go on an archaeological dig, try your hand at hieroglyphics, and learn about mummification. This interactive exhibit invites visitors to see the commonalities and differences in a world far removed from ours. 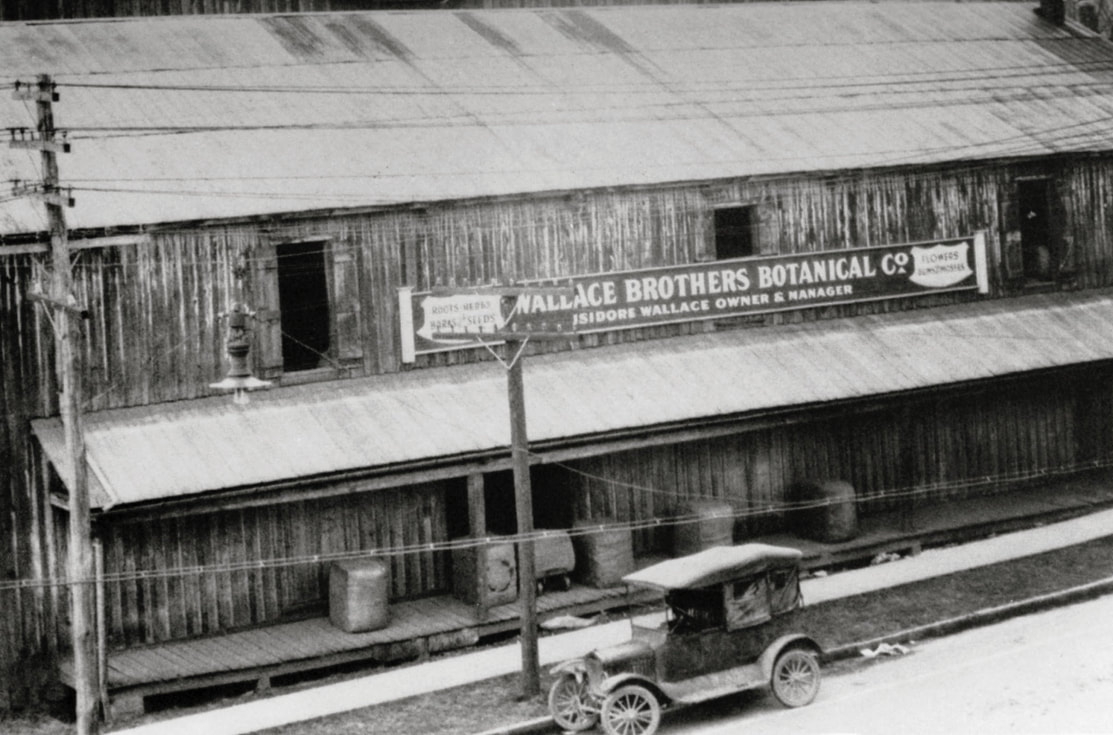 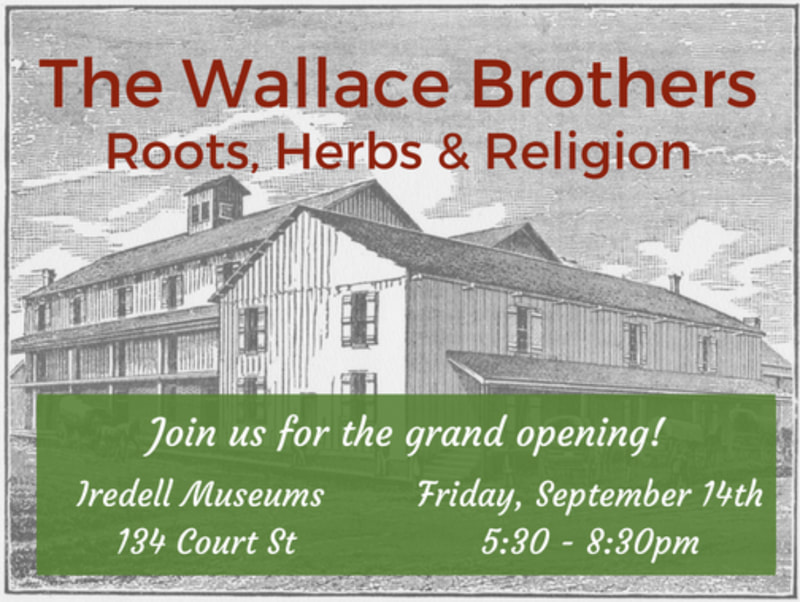 THE WALLACE BROTHERS
The Wallace brothers, Isaac and David, arrived in Statesville right as the Civil War began and opened one of many wholesale stores in the center of town. Their mercantile exploits soon morphed into the large-scale trade of roots, produce, and herbs as medicinal commodities. Their “Botanic Depot,” as they called it, was located at the corner of Meeting and Walnut Sts and was more than 40,000 square feet at completion. Throughout their time in business, they had several storage warehouses from Court St to W. Bell St.

The impact of the Wallace Brothers’ success was felt far beyond Statesville. They supported local business owners; helped fund the women’s college, which became Mitchell Community College; and were fundamental in establishing the New South Cotton Mill, which employed hundreds of Statesville residents.
The Wallace’s and the Jewish community always led the way in contributions to charitable causes and that legacy extends to today. From their success in business and establishing Statesville’s authority as a center of trade to their support of the community and education, David and Isaac and their descendants helped create the Statesville that we know today. 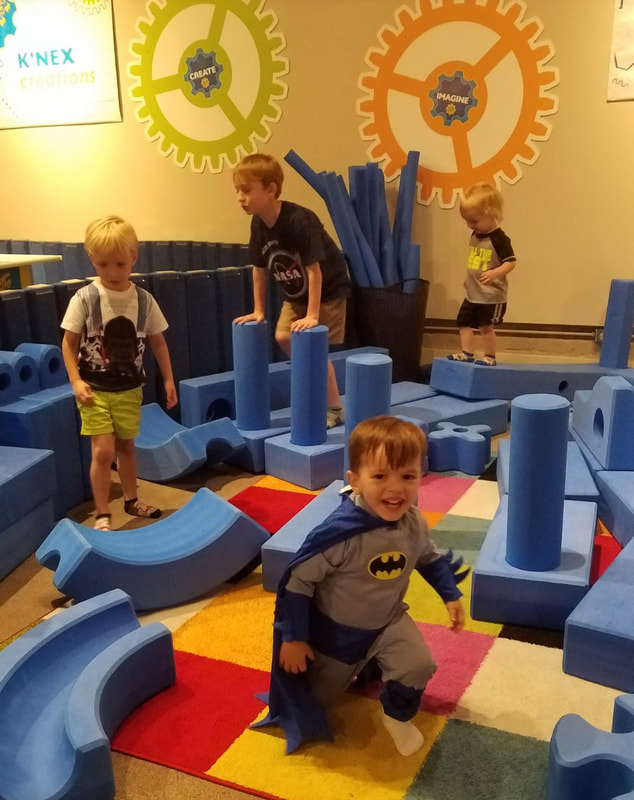 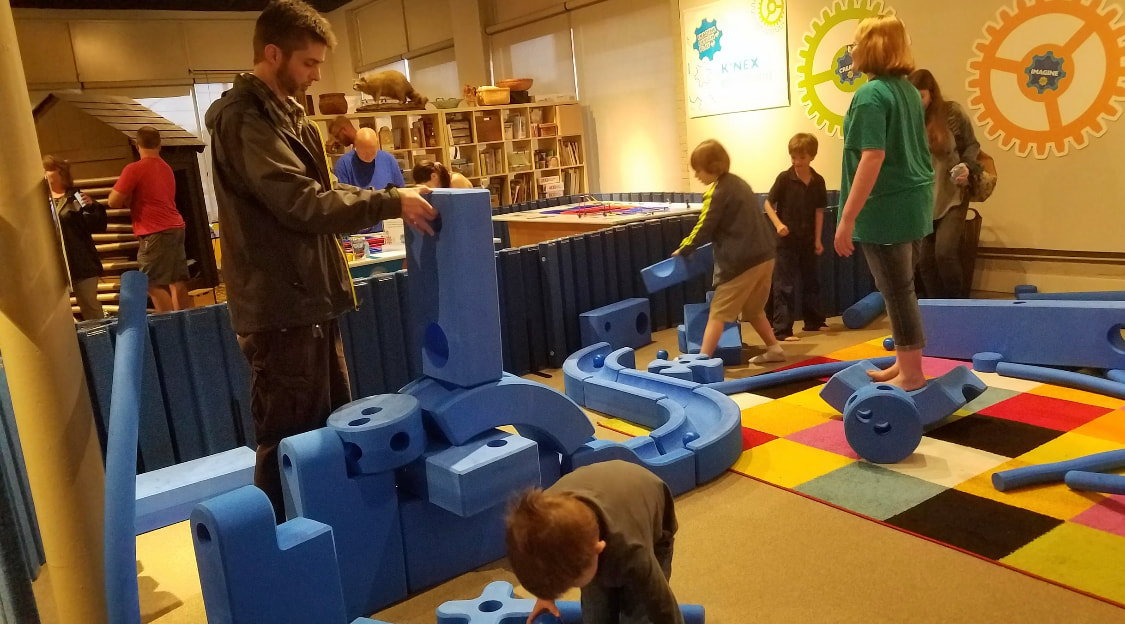 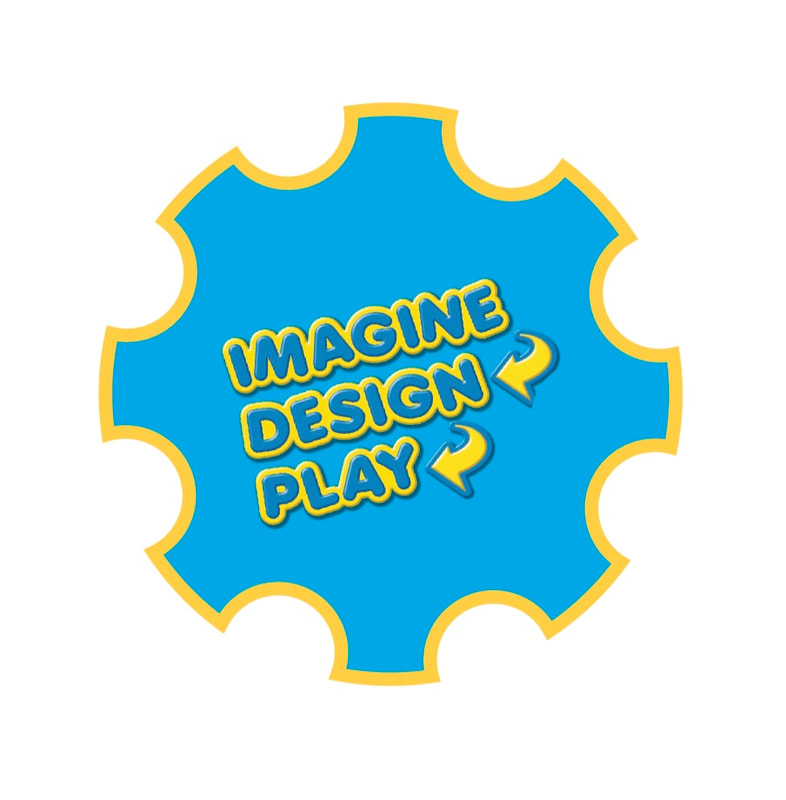 ​IMAGINE. DESIGN. PLAY.
Imagine Design Play is the perfect summer time activity for kids and families to enjoy and features different stations with materials which can be used by visitors of all ages to build, create, and invent! The different stations include Imagination Playground with the big blue blocks, K’nex Creations, and Hickory Sticks Construction. Each station allows kids and adults to use their imagination and create whatever they desire using hands-on materials. 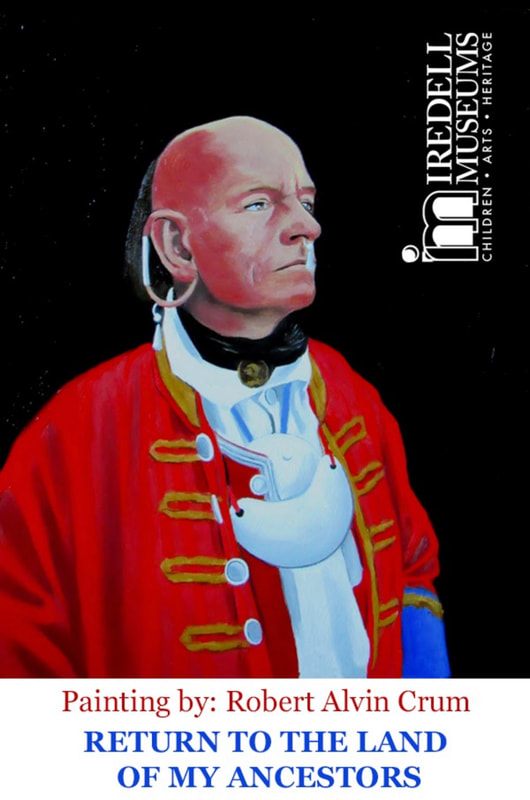 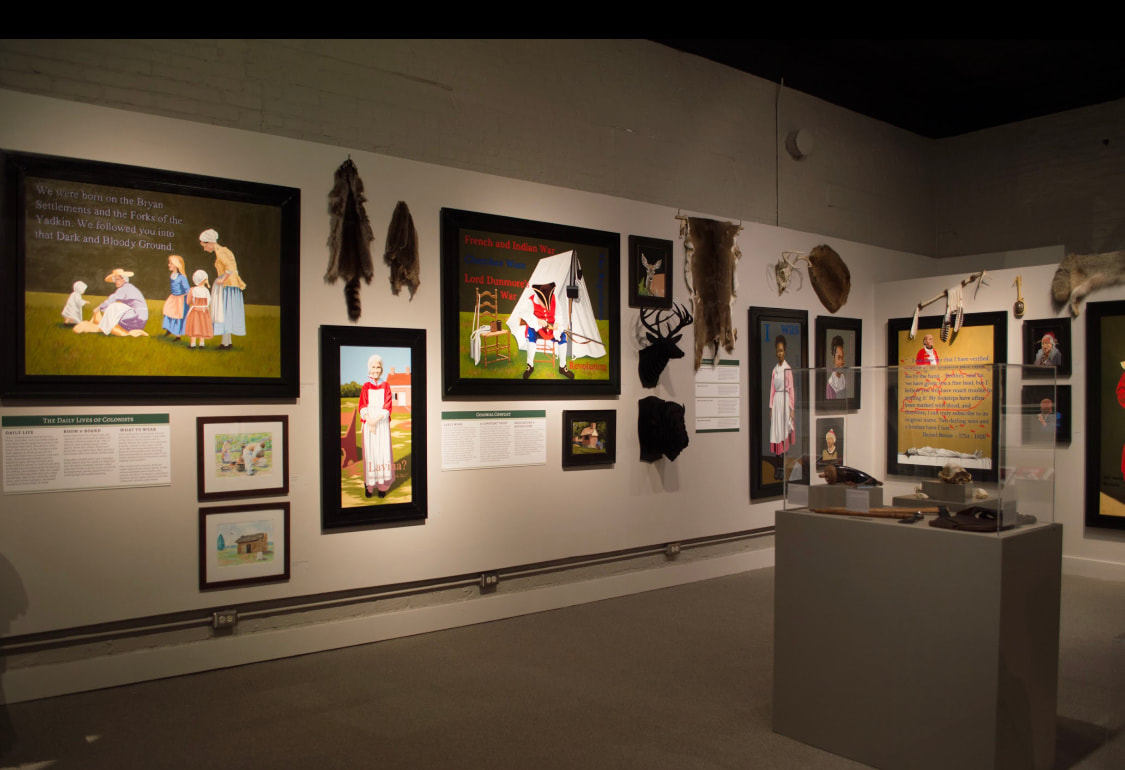 ​RETURN TO THE LAND OF MY ANCESTORS
This exhibit is inspired by a collection of paintings by local artist Robert Alvin Crum and tells the history of our forefathers from three diverse perspectives: North Carolina American Indians, white settlers, and African slaves. Crum is a direct descendant of Daniel Boone and his paintings are meant to reflect his connection to his ancestors.

The exhibit, designed by Museum Operations Manager, Angel Johnston, Robert Crum, and Program Assistant, Melanie Vaughn, is accessible to people of all ages. Return to the Land of My Ancestors showcases the Museum’s innovative, family-friendly style that combines the classic learning structure of a traditional museum with the play-based learning strategies typically used in children’s museums. This unique approach allows the museum to offer developmentally appropriate learning opportunities to people across a diverse spectrum of age and abilities.